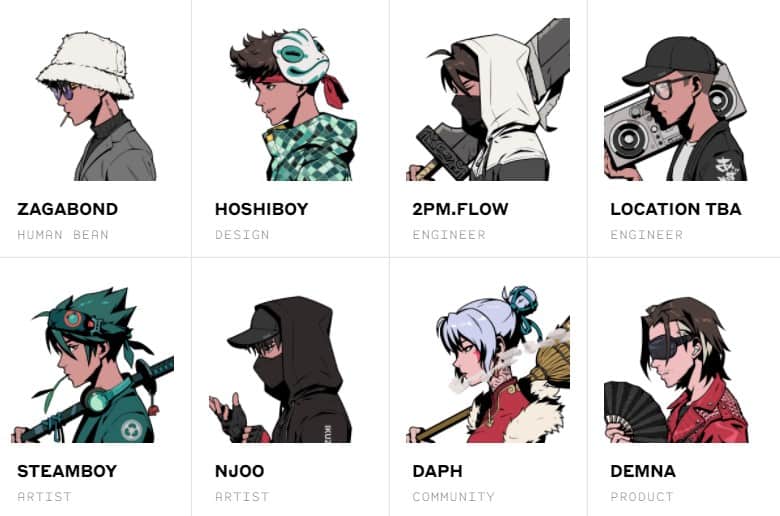 Azuki is one of the most popular NFT collections. In just a few months, the project has reached new heights and its sales volume on OpenSea is over 260,000 ETH. Find out everything you need to know about this amazing collection in this complete guide

What is Azuki NFT?

The Azuki collection brings together a collection of 10,000 NFT avatars based on the Ethereum blockchain. It is designed by a group of artists based in Los Angeles, and launched on January 12, 2022.

These avatars are inspired by manga aesthetics, and have quickly caught the attention of fans around the world. However, the appeal of these NFTs goes beyond their appearance.

Owning an Azuki allows access to exclusive NFT drops, streetwear from collaborations with famous brands, live events and much more.

Buyers become members of The Garden: a virtual space presented by the designers as “a corner of the internet where artists, builders and web3 enthusiasts meet to create a decentralized future.

As with most NFT collections, each Azuki has 12 randomly generated features relating to hair, clothing, accessories or background.

Who are the creators of Azuki?

Azuki is a project created by the startup Churi Labs, uniting several members with long experience in crypto, art or gaming.

They all joined forces to create a distinct brand in the metaverse. Most of the members are anonymous, but the quality of their work does not deceive.

The founder of the project is known as Zagabond on Twitter. He would have worked for companies like Google and on various decentralized projects.

Other members include the lead designer Hoshiboy, the software engineer Location Tba who worked for Facebook, or the engineer 2PM.FLOW.

The team is keen to keep some mystery around its identity, and explains that “the magic of the project is not really related to our identities and past experiences”.

One of the co-creators of the project is Arnold Tsang, a renowned conceptual artist based in Toronto, Canada. He is best known for his previous work in the video game industry, including Blizzard’s Overwatch.

Their goal is to create more than a digital collection. They want to create a complete brand with a clothing line, TV series and movies.

When the Azuki collection was launched on January 12, 2022, each of the 8700 avatars in the collection was priced at $3400. In just a few minutes, everything was sold for a total of 30 million dollars.

After the public sale, the creators of the project held a private sale. Sets of NFT Azuki were sold for another $2 million.

Since then, after the revelation of the NFTs, the bottom price of the collection soared. Within a month, it had already reached 10 ETH. At the end of March 2022, the popularity of Azuki exploded and the floor price reached 40 ETH. Currently an Azuki is trading at over 10 ETH

The most expensive NFT Azuki to date is #9605, sold for 420 ETH or the equivalent of $1.4 million at the time. In a short period of time, this NFT project has reached uncharted heights.

Why is it so successful?

Azuki NFTs quickly became popular, surpassing some of the top projects in terms of sales volume.

Within a few months, this project has gathered a large community. It is considered a “blue chip” within the NFT universe, along with other popular collections like Bored Ape Yacht Club and CryptoPunks.

At the time of writing, sales volume is over 260,000 ETH or the equivalent of $364 million at current prices.

Several factors explain this major success. First of all, the artistic direction of the project seduces many people. The manga style is very popular, and hundreds of projects were inspired by it after Azuki. The collection is particularly popular with the Asian community.

Furthermore, according to Tsang himself, the Azukies seem to fit in with the rebellious skateboarder culture and the crypto community. So the stars were well aligned for this phenomenal success.

The marketing strategy of the project also seems to be paying off. As soon as the collection started to take off, the design team announced an airdrop for holders to reward them for their loyalty, while taking the Azuki brand to new heights.

Another success factor is the technical operation of the project. The minting of the collection was done using the ERC721A token standard: a variation of the ERC721. This standard was created by Chiru Labs to allow users to mint multiple NFTs in a single transaction, in order to reduce gas costs and shorten the minting period. Today, most NFT projects use this standard.

What is The Garden?

The Gardent is the metaverse of the Azuki project. NFT holders can access this virtual world, and receive airdrops, invitations to live events and more.

Within the Garden, art, culture and community merge to create magic. The boundary between the physical and virtual worlds is erased and the rules are rewritten.

The BEANZ collection is a side project related to Azuki. However, for now, few details have been revealed. The NFTs themselves have not yet been revealed.

The BEANZ were directly airdropped to Azuki holders on March 31, 2022. Everyone received two brand new NFTs, but they were not able to see them. Currently, the floor price of the BEANZ is 1 ETH

According to the creators, BEANZs are “a small species that grows in the garden soil. Being a sidekick is in their DNA, but some like to kick it alone. They are driven by the desire to help, but some BEANZ feel a call to pave their own way. An enigmatic description to say the least…

Users have the ability to pair their BEANZ with their Azuki without changing the original NFT.

How to buy an NFT Azuki?

The two most popular platforms to buy NFT Azuki are LooksRare and OpenSea. The collection is available by clicking on this link. You will need to connect your MetaMask wallet, Coinbase or any other crypto wallet to the chosen platform.

To find the collection, simply type “Azuki” in the search bar and navigate to the official collection validated by a blue sigil. Choose the NFT you want to buy, and click the buy button.

On May 10, 2022, the creator of Azuki, nicknamed Zagabond, confessed through a tweet to fraudulently abandoning his previous NFT projects.

Prior to Azuki, Zagabond reveals that he worked on the CryptoPhunks, Tendies and Cryptozunks projects. However, all of these projects were abandoned by their founding teams.

According to Zagabond, “During these formative times, it’s important that the community encourages creators to innovate and experiment. And with every experiment comes key learnings.

Despite this attempt to put things into perspective, Zagabond’s admission has drawn the ire of the NFT community. This blog post reignites the debate about NFT scams…

Soon, the Azuki floor price on OpenSea collapsed from 19 ETH to 10.9 ETH. It never went back up much higher and will even drop below 7 ETH.