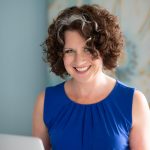 More than 1.8 million ENS Domain names have been registered, and adoption by non-English speaking communities are rising.

The surge in registrations comes as the Ethereum community prepares for the upcoming merge next month, which will switch the top blockchain for dapps, DAOs, and NFTs from a proof-of-work consensus algorithm to proof of stake.

In the tweet announcing the record number of registrations, ENS Domains said it saw 5,400 ETH (around $8.8 million) in revenue and 48,000 new Ethereum accounts using at least one ENS name, plus more than 99% of the domain sales volume on OpenSea last month.

While the merge may play a role in the increased activity, Khori Whittaker, Executive Director of True Names Limited, the company behind ENS Domains, believes the surge is more organic.

“There is an extremely active and passionate ecosystem of ENS advocates, and they are independently and organically creating sub-communities and spreading the word about what’s possible with ENS domains,” Whittaker told Decrypt in an email.

Whittaker says we would not see the surge in registrations without the efforts of the independent developers in the ecosystem creating marketplaces and other ENS-related apps and groups like the “999 club,” the “10k club,” the “TLC” club and the “100k club,” among others.

Another factor that Whittaker said added to the surge was the drop in gas fees for Ethereum transactions. “We’ve noticed that when gas fees drop, domain registration activity spikes,” he said.

The Ethereum Name Service (ENS) saw registrations spike over the weekend, with 64,000 .eth names created on Sunday and Monday alone. In the past week, 108,000 ENS domains were registered. This…

The Ethereum Name Service or ENS manages the issuance and renewal of .eth domain names built on Ethereum. These domains can be sold as non-fungible tokens, better known as NFTs, cryptographically unique tokens linked to digital (and sometimes physical) content, providing proof of ownership.

ENS domains can also link to one’s cryptocurrency wallet. Instead of proving a sender with a long Ethereum address, users can give their .eth domain name and receive a transaction.

Other providers of crypto-related domain names have also come into the market, offering .sol (Solana), .bitcoin, and .zil (Zilliqa) domains, among others. These domain types have also become popular ways to show that you “belong” in Web3.

“People are searching for quality projects and quality protocols with staying power,” Whittaker said. “There are many interesting and fun projects out there in Web3, and the Ethereum Name Service certainly is one of the most prominent.”