“Will of the People”, Muse’s New NFT album, will revolutionize the Music Industry!  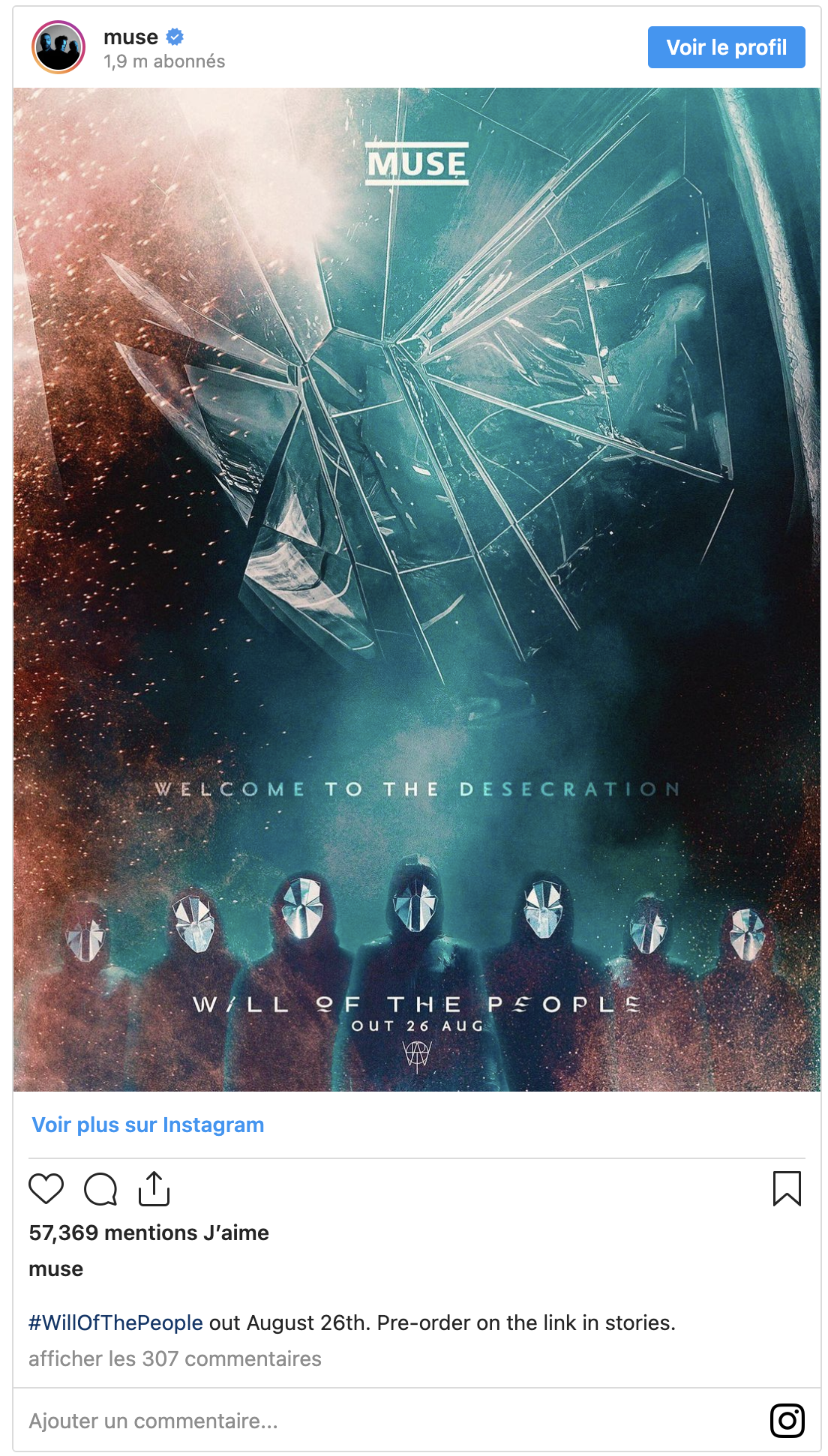 For the first time, sales of this ninth album, which will be released on 26 August in 1000 copies in NFT format, will be counted in the UK music charts.

After vinyl, cassette, CD and MP3, is the music industry seeing a new distribution format? This Friday, British rock band Muse will release their ninth album Will of the People and for the occasion, 1,000 copies of the project will be sold in NFT – digital tokens based on the same technology as cryptocurrencies.

The unreleased album, which features ten tracks as well as the band’s digital signatures, will be available for purchase in FLAC format – similar to the popular MP3 but with better quality – on the Serenade platform for £20, or about $23.

According to Max Shand, founder of Serenade, Muse’s album will be a “gamechanger” and will help democratise this digital format that simplifies transactions.

Charted in the UK and Australia

But the uniqueness of Muse’s album does not stop at its format. For the first time in music history, the album’s dematerialised sales on the Serenade platform will be counted in the UK and Australian charts.

Since 2015, with the advent of streaming, no new music format has been counted in the charts.

We are proud to be making the first music chart eligible NFT with global superstars Muse. This is the latest format to be added to the official UK charts since streaming was added seven years ago,” record company Warner reacted on Twitter in early August.

The inclusion of NFT albums in the UK charts was made official in April 2022 by the Official Charts Company (the UK equivalent of SNEP) with the release of The Amazons‘ album How Will I Know if Heaven Will Find Me?

The rock band was the first to release a digital box set of NFTs. In the case of Muse, this is the first time that a single album will be released as an NFT.

Not covered in all countries

However, sales of Will of the People in NFT will not be taken into account in some other countries. In the US, for example, Luminate and Billboard told the American media outlet Variety that, unlike their European counterparts, they were not yet ready to include this type of format in the calculation of their rankings.

We are watching the growth and developments of this new format and how it could potentially fit into our current rankings or contribute to new rankings where NFT sales activity would be more relevant,” Luminate told Variety.

This isn’t the first time Muse has been involved with NFTs. In 2020, Matthew Bellamy, Dominic Howard, and Christopher Wolstenholme worked with the blockchain platform CryptoKitties to develop their own collectible cat avatars.